You Must Have a Really Good Camera -  The Accessibility of Photography

A friend recently asked how long I have been interested in/obsessed with photography and my answer was, as usual related to when my Dad loaned me my first camera back in the early 1980s.  It was a Voigtländer Vitoret 110, which shot the conventiently small 110 cartridge film that was around at the time.  My Dad thought I might be interested in taking up what was his hobby and his father’s before him.  Needless to say, I shot through loads of 110 film over the next couple of years and enjoyed it so much that I never got around to returning it to him. 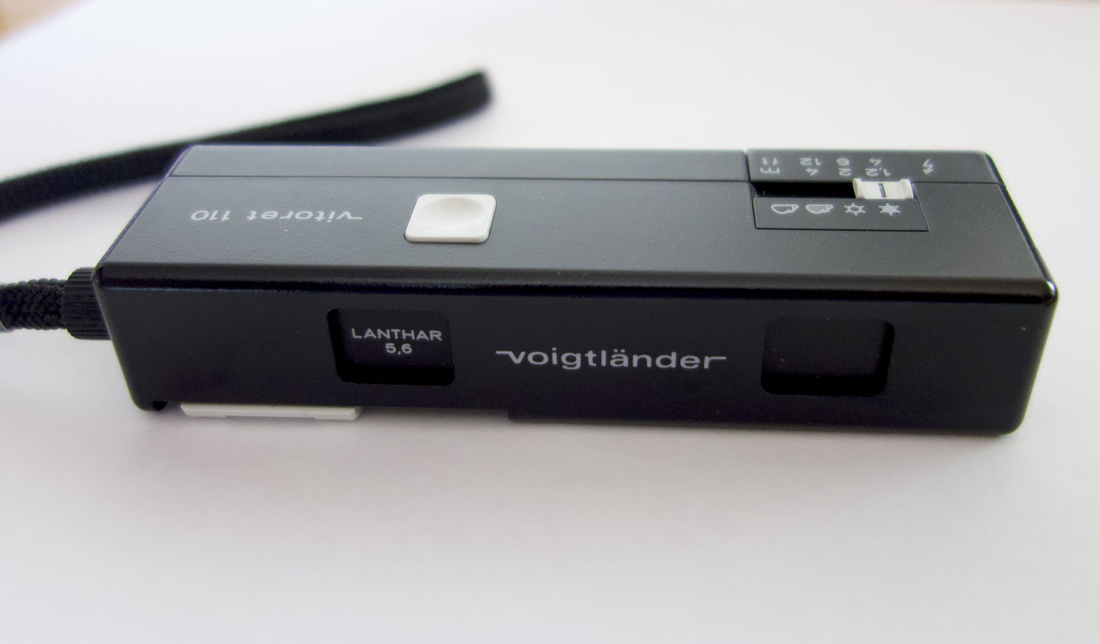 While small and beautifully designed, the Vitoret wasn’t very flexible in its controls.  You could select the type of weather conditions and…well that was it really. Focusing was a set of preset distances that were selected by the choice of weather, which many years later I realised meant a function of the lens aperture. It had the capability of firing a flash as well, but since there were no electronics the camera used one of those exploding flash cubes that literally went off to the left of your eyeball.  Things were much more dangerous in the Seventies.  Regardless, I was hooked.  Fast-forward to 1986 and I was bought my first SLR camera, a Fujica STX-1N.  Now I could experiment with different ISO films, aperture and shutter speed which set me loose and the rest, as they say, is history.

The friend who asked me then followed up their question with “these days I just use my phone”.  I’ve never been a snob about phones as their cameras and processing software are becoming more and more sophisticated with every new release.   Further discussion revealed an reluctance to using a so-called proper camera as being the expense of buying one.  It got me thinking about how accessible photography is right now and whether there is enough of a draw to lure people away from a camera that comes free with their mobile.  The old adage about ‘getting what you pay for’ does apply to photography and the rather flippant title of this post is something I’ve had said of my professional camera gear on more than one occasion.   It’s not hard to see how the importance of having a fancy camera does, in many cases, turn people off to the prospect of taking up photography.  Of course, the camera is only a small part of the equation that produces a ‘good’ photograph and I usually feign being offended when people imply that my ‘really good camera’ is entirely responsible for my work.  I started to consider whether there was some way of showing that it doesn’t have to be this way.

The first thought was about the Digital Single Lens Reflex or DSLR, which is everyone’s idea of what a camera looks like these days.  DSLRs are essentially the same as the old film cameras like my Fujica, but updated to produce a file rather than a film frame.  Entry-level DSLRs can be purchased for a few hundred pounds with a cheap lens included and, in my experience the ones made by the main manufacturers such as Nikon, Canon or Sony, are excellent.  They are certainly more than sufficient to get started with, but a few hundred pounds is still often prohibitively expensive, particularly if photography is something being ‘tried out’.  You can buy them used online easily enough, but care is needed in finding out what sort of life a camera has had.  Firstly, understanding how many times the shutter and internal mirror have fired can be the difference between a great camera and a disaster.  IF the camera has been well used, these electronic systems can become unreliable.   Another area of weakness is the battery, which if too degraded may be hard to replace with a genuine part.  There are a few things then that make DSLRs a pricey prospect.

There is another way, however.   Irrespective of the camera technology, the principles of exposure, composition etc are universal.  As long as you have a camera that has the ability to alter ISO, aperture and shutter speed, you can learn photography.  The beauty of this is that there are literally millions of old film cameras languishing in peoples’ lofts and kitchen drawers that could be an entry point into photography.  If they are sufficiently old enough to be entirely mechanical and have been dry stored, they may well be perfectly functional.  If not, there are many examples of manual film cameras online ranging from a few pounds to a few thousand.  Some of these cameras are really special too.  Icons like the Canon AE1, Nikon F3 and Olympus OM1 can be picked up for less than an entry-level DSLR – these cameras and their lenses were highly regarded in their day and still hold their own in our digital world.  There are obviously running costs in the form of film and processing, but  with the recent resurgence in the medium, there are still many labs around and great suppliers like Analogue Wonderland in the UK and The Film Photography Project in the US who stock film for all budgets down to around £4 per roll.  Processing and scanning services are also wide available for around £10 for a roll of 36 shots, which makes each photograph around 40p to produce.  I’m not suggesting that this is better than digital in any way (arguments about the way that the two formats differ aesthetically have raged for years), but a cheap film camera is a way of trying photography without having to invest in expensive kit.  As an example, I bought this little camera for my collection earlier this year. 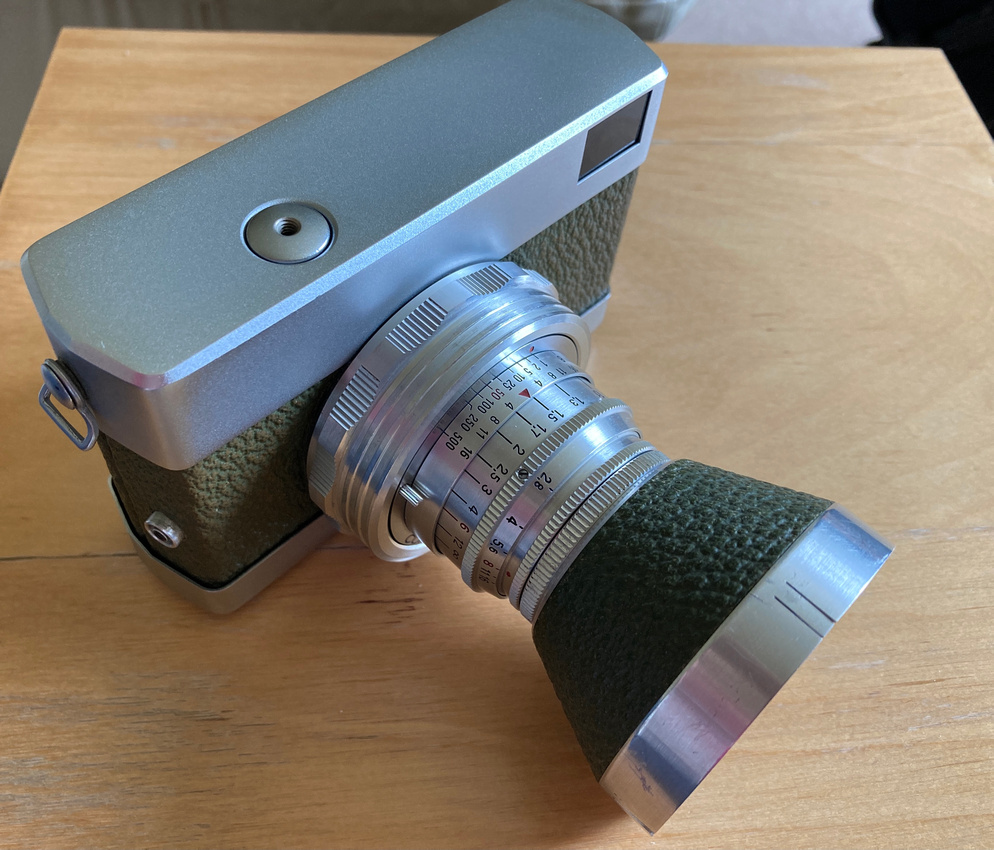 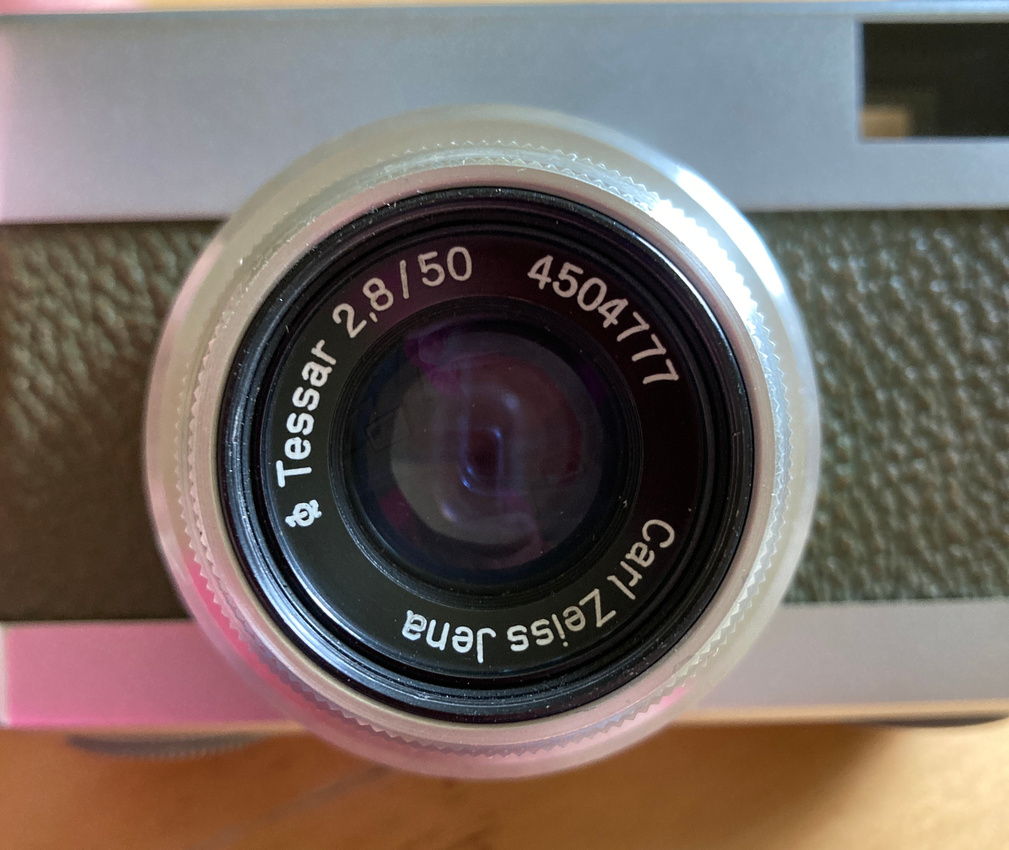 It’s a mint condition Zeiss Werra from the early 1950s and it cost me around £60 from eBay.  It isn’t an SLR camera, doesn’t have a light meter or in-viewfinder focusing as with most cameras.  However, it does have manual control over aperture and shutter speed which means that it can be used to practice the basics.  I used a free light meter app on my phone to determine exposure for the film’s ISO and estimated the focal distance which is then set on the lens barrel.  The great thing about this camera apart from the price is the lens, which is made by the legendary manufacturer Carl Zeiss.  As you can see from the results below, it performs really well and its unusual form factor makes it an interesting and enjoyable camera to shoot. 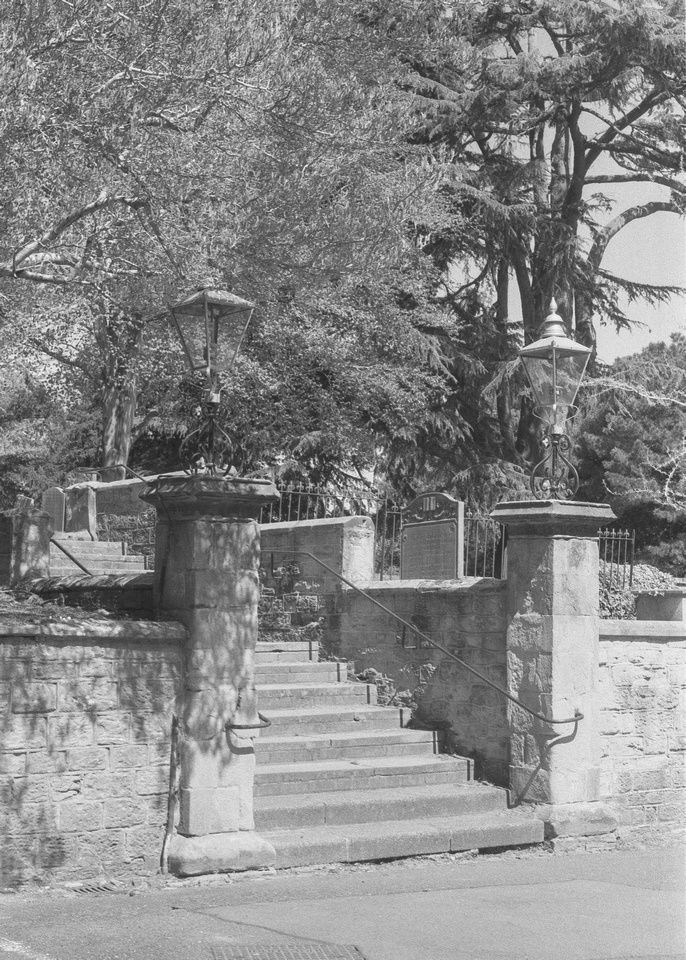 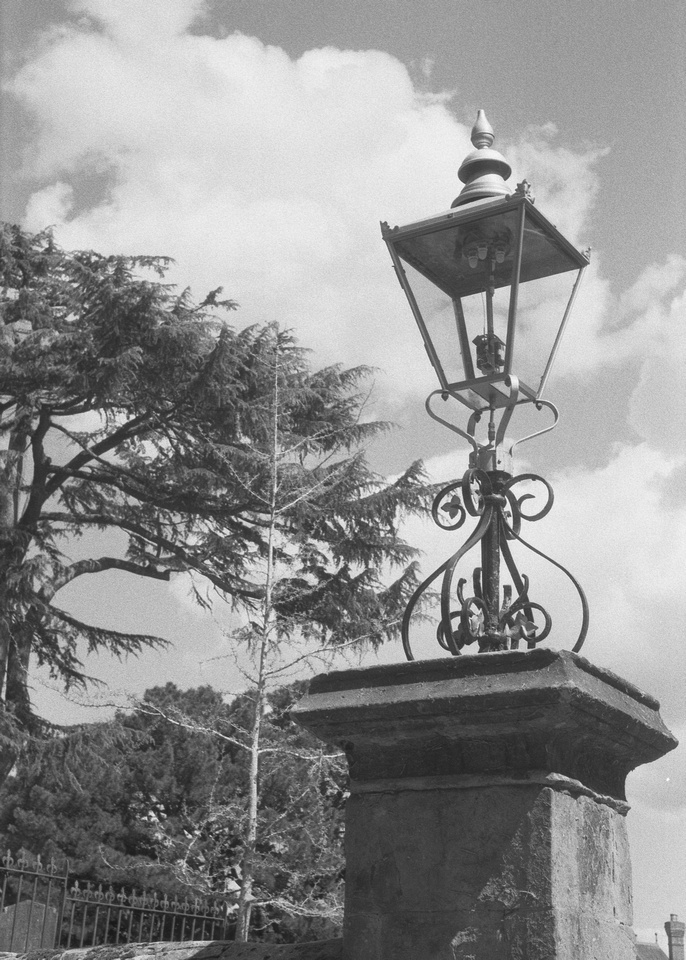 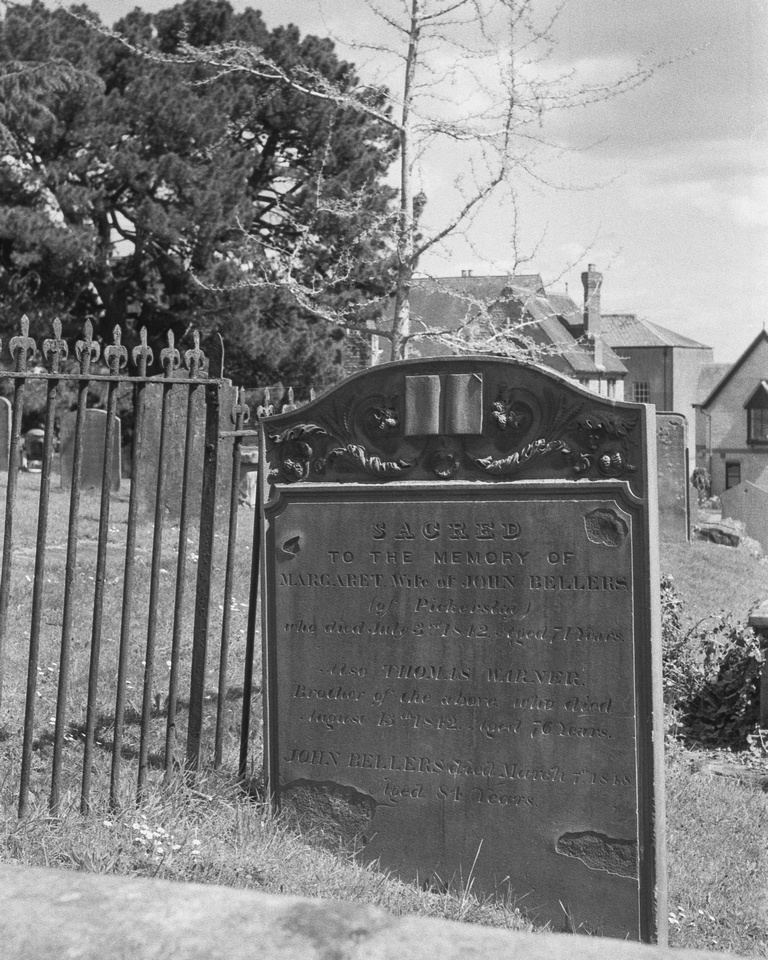 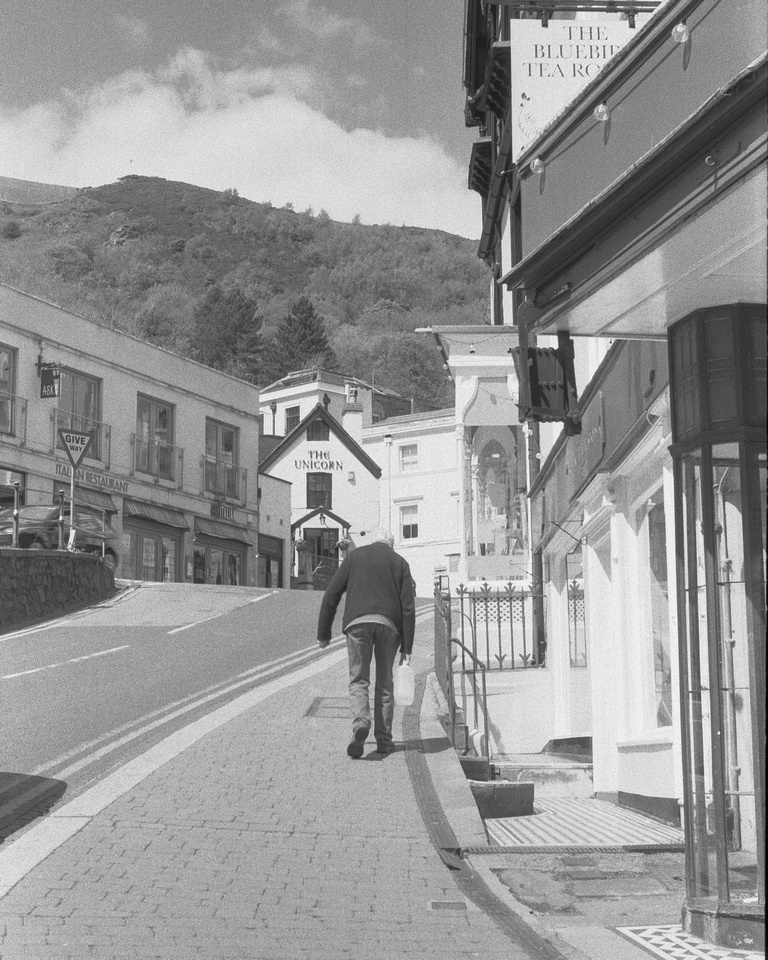 What can we conclude from this?  For me, photography is now more accessible than ever with the availability of high-quality digital cameras and a buoyant market for old film cameras that are just ready for a second life with an enthusiastic beginner.  Regardless of the technology, the key thing is to have a go and to bear in mind that the camera is merely the tool with which to create.  This idea of having to invest heavily is simply not true.

Whichever route you take, remember that I can help you with some beginner tuition sessions.  Hopefully, you get to love photography as much as I do.   Just drop me a line at [email protected] for more details.