Ask anyone to name five famous female photographers and you’ll invariably get a list that includes Dorothea Lange, Imogen Cunningham, Diane Arbus, Annie Liebowitz and many others from the 20th Century.  They’re all widely regarded as being hugely influential to many contemporary photographers of both genders in the fields of portraiture, street and documentary photography.   It’s a much harder job to think of the influential women who pioneered photography from its very beginnings in the 19th Century though, which is a great shame because there definitely were some.  The most important one to me, and who changed my perspective on portraiture, was Julia Margaret Cameron (1815 to 1879).

Born into a colonial society family in Calcutta, she was what we might think of now as a socialite, moving in ‘celebrity’ circles and pursuing her artistic interests.  After marrying and having children, the family moved to the Isle of Wight where Cameron, having been introduced to photography by astronomer Sir John Hershel, built a small studio and darkroom.   As a relative newcomer to the new technology of photography, Cameron’s portraits were considered by many to be amateurish for a variety of reasons.  The first was to be expected as everyone working in this relatively new medium was striving for the perfect negative on the wet plate (many were using the collodion process on glass plates at the time).  They were using neck braces to keep the subject from moving during the relatively long exposures, ensuring the camera was as sharply focused as possible and using the best chemicals available to make the finished plate.  Cameron was doing none of this and the result was that her images were soft in terms of focus and the exposures often damaged or inconsistently processed etc.   The second main reason is something we still sadly encounter today, rampant misogyny.  Most photographers of the time were men, so they judged Cameron’s work both as not being up to their standards, but also as no surprise, because of her gender.   After all, the equipment was heavy and the processing tricky, perhaps too tricky for a woman.   Of course, they were all as wrong as they were stupidly arrogant.  Cameron was developing her own style and, as a consequence, her own voice.  I can tell you that these two things are what we all strive for in photography and where, in modern times, the adage goes “there are not new ideas under the sun”, Cameron was at the forefront of a style of portrait photography that still influences artists over a century after her death.

What made her special was how she represented in her photographs what she saw in her subjects.  Sounds obvious, but where commissioned portraits in society were all about status and the projection of wealth or intellect, Cameron’s pictures subtly revealed something about the subject that, when combined with the viewer’s knowledge of the person, led them to their own interpretation.  Her use of soft-focus, sometimes movement and subdued lighting all enhanced the visual context rather than distracted from it.  A great example is the image she made of Hershel, which you can see here:

The picture deviates from the already traditional by having Hershel not look at the camera.  His face is picked out by the lighting in a way that the rest of his figure blends into the background.  His wild hair and slightly dishevelled appearance suggest a free spirit, while the piercing gaze points to a man of focus and learning.  When we look at this image today, we can easily draw the connections with scientists such as Albert Einstein, who’s appearance was almost as famous as his academic achievement.  Cameron also shot other famous friends like Charles Darwin and Alfred Tennyson and it’s in these images that we see similar attention to the personality of the subject over the technical grandeur of the studio portrait photograph.

Cameron’s other work was heavily influenced by traditional paintings and sculptures of religious iconography, where she posed her models in a way to create a similar connected narrative.  Although this sort of work was part of early photography’s growing pains, again Cameron’s focus on subject and not perfect technique makes her work stand out as dreamlike, almost how we imagine a ‘real’ telling of religious stories to be.

So how has she inspired me?  Well, firstly in her determination to pursue her art in the face of judgement and dismissal.  While I don’t really have either of these issues on a regular basis, I think every photographer has some level of imposter syndrome.  Cameron smashed through that and for me, she blazed a trail for photographers in general, but in particular the female artists that followed.   Secondly, her work flies against the idea of technical perfection being the main consideration in a photograph.  I see this every day with people sharing and critiquing images online and the dreaded ‘camera club’ mentality (as I see it), which often rejects what is considered to be not good technically.  Photography challenges the viewer to interpret what they are seeing, both with what the artist might be trying to say with the inclusion of internal context, and with their own cultural and historical experiences.  Yes, the image should not be so badly executed that this cannot happen or that it somehow jars with the viewer, but the obsession with perfect exposure, sharpness and abiding by the so-called composition rules is really not the point of the medium, as far as I am concerned.  Consider Dorothea Lange’s Migrant Mother (1936), perhaps the most famous portrait photograph of the 20th Century.  Look closely and you’ll notice that it is neither particularly sharp nor traditionally composed, and in fact it required the subject’s left thumb to be painted out in the final print (no Photoshop in the 1930s).  Despite that, it’s still as provocative (and controversial) today as it was when it was commissioned over 85 years ago.  So there you have it.  These days, I am far more interested in making a photograph that says what I want it to and hoping that it challenges the viewer to create their own narrative from it.  If it does that, I’m happy.  I owe that way of thinking to this amazing innovator. 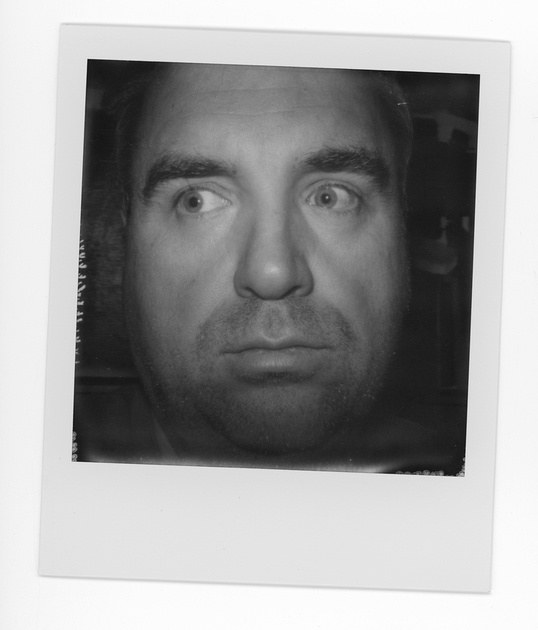 From the Polaroid series 'My Face', made in 2020 for my course

Interested in taking up photography or improving on using your phone on automatic?  Why not drop me a line for details of my beginners’ One-to-One tuition at [email protected] or simply have a look at some of my photographs at www.richperspective.co.uk.

No comments posted.
Loading...
Subscribe
RSS
Recent Posts
That’s nice, or perhaps not: The Beauty, the Picturesque and the Sublime in Landscape Artists Who Inspire Me: Julia Margaret Cameron Artists who Inspire Me: Ansel Adams Artists Who Inspire Me: Joel Meyerowitz Brand Loyalty or Brand Snobbery? Life on a Small Scale Can you spare 5 mins? In an Instant Thinking in Black and White As you ‘like’ it
Keywords
photography artist tuition creativity film simplicity camera blog landscape portrait
Archive
January February March April May June July August September October November December
© All Images are the copyright of Richard Fletcher
User Agreement
Cancel
Continue