Artists who Inspire Me: Ansel Adams

It’s difficult to talk about famous photographers to people who aren’t all that interested in photography, as most of the time they’ve never heard of them.  It seems that many artists who have shaped the medium are generally not all that well-known beyond it.  However, this isn’t really the case with Ansel Adams.   When I was younger, people who wanted to add a touch of class to their homes would hang large prints on the wall and, apart from those awful ‘magic eye’ prints that were popular in the early ‘90s, many people chose Adams’ beautiful landscapes.  His photographs of Yosemite National Park became perhaps the most famous, so even if the name wasn’t familiar, the images of Half Dome and El Capitan were instantly recognisable to many people.

His pictures emphasised the features of the landscape that we might not be familiar with, particularly if photographs were our only experience of the location.  The scale, beauty and fragility of the natural world are represented primarily in black and white, with drama introduced through his use of contrast, both in camera and in post-production.

“The negative is the equivalent of the composer's score, and the print the performance”, Ansel Adams

What he meant here was that the process of making a picture (‘making’ as opposed to ‘taking’) doesn’t end with the shutter being pressed; the film negative is the basis for the finished picture after work in the laboratory.   Examples of his work are linked below.  It’s safe to say that with his ability to really look at a landscape, coupled with his vast technical skill resulted in Adams having more of an impact on my photographic learning than any other practitioner.

In 1932 he collaborated with fellow photographers in California to form the f/64 group.  The name referred to f/64, which is a very small aperture used in large format photography to capture as much detail in focus as possible.  This inferred the purpose of the group.  They became passionate about a subject being recorded as precisely and with as much detail as possible, regardless of the genre.  This was in direct conflict with pictorialism, which dominated photography at the time.  Pictorialism was the application of photography in a similar way to traditional arts such as painting and sculpture, where the photographer manipulated tonality and composition to satisfy their aesthetic aims.  The approach of the f/64 group inspired the early documentary photographers such as Walker Evans and Dorothea Lange who started out recording life ‘as is’ and later evolved their own creative voices in telling stories.  For many years, the precise, accurate images made by the group were not considered art, instead being thought of as aesthetically pleasing.  As photography evolved, so too did the attitudes to the subject with the visualisation by the photographer being every bit as much artistic voice as what was in the mind of a painter.  Adams’ work became commercially successful during the latter part of his life and it continues to be prized nearly 40 years after his death.

In the early 1940s, Adams collaborated with fellow photographer and teacher Fred Archer to create The Zone System, a method by which the tonal values of a scene could be identified and translated into exposure on film.  This work would become hugely influential in how photographs were made.  The system helped the photographer understand the scene during what Adams called pre-visualisation (how the picture would look) and then determine the settings for the camera.  When I started using film again a few years ago, I turned to Adam’s book The Negative in order to learn how to shoot for the best negative I could get.  It helps slow the process of viewing and visualising in a way that gives the photographer a good chance of achieving a workable negative for printing.  I didn’t get it right all the time, but the picture below is from my first roll of Ilford FP4 shot in my Hasselblad 500c/m.  It was enough to encourage me to keep shooting and learning. 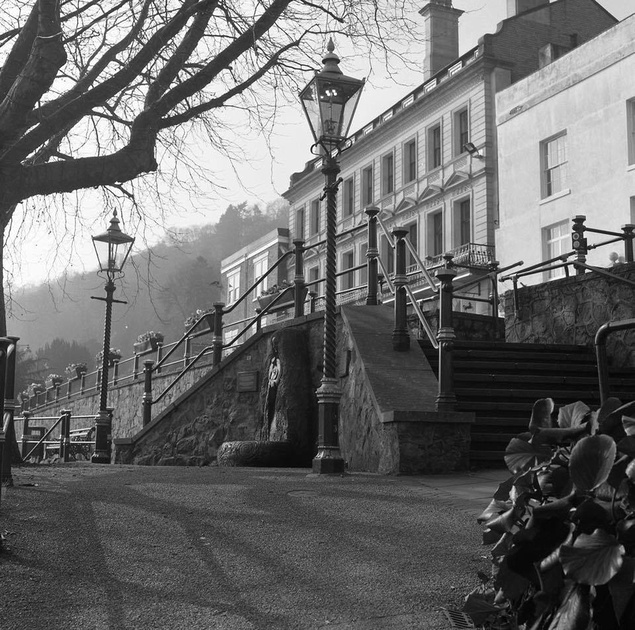 The book is part of a three-book series which includes The Camera and The Print, all published towards the end of Adams’ life and being the culmination of his considerable technical knowledge.

I still consider these to be the most important books ever published on the whole photographic process, despite the advances in digital technology.  By the time digital imaging technology came on the scene, Adams was an old man.  However, he did live to see scanning technology used on his book series and was said to be impressed by the quality of the reproductions of his pictures.  People who knew him well said that he was excited about the digital future, not wanting to stand still in the face of progress.  Sadly, when he died in 1984, digital cameras hadn’t quite made it to market with the first commercially available models being made in the early 1990s.   I like to think about what kind of photographer Adams would be today.  Would he have embraced Photoshop and become the world authority on it?  Would he have taught photography via Youtube?  Would he have had an Instagram account for his latest work?   I like to think so.

You can check out Adams’ work here:-

Interested in taking up photography?  I’m certainly no Ansel, but I am passionate about passing on what I’ve learned, both technically and creatively.  Drop me a line for more details of tailored beginners’ tuition at [email protected].   If you'd like to see some of my work, please visit www.richperspective.co.uk

No comments posted.
Loading...
Subscribe
RSS
Recent Posts
That’s nice, or perhaps not: The Beauty, the Picturesque and the Sublime in Landscape Artists Who Inspire Me: Julia Margaret Cameron Artists who Inspire Me: Ansel Adams Artists Who Inspire Me: Joel Meyerowitz Brand Loyalty or Brand Snobbery? Life on a Small Scale Can you spare 5 mins? In an Instant Thinking in Black and White As you ‘like’ it
Keywords
photography artist tuition creativity film simplicity camera blog landscape portrait
Archive
January February March April May June July August September October November December
© All Images are the copyright of Richard Fletcher
User Agreement
Cancel
Continue