Several years ago, I noticed the something strange in an area of photography that I didn’t think would ever happen in the 21st Century.  I was minding my own business, taking photographs in Covent Garden in London, when a young lady from the Eastern Asia tapped me on the shoulder and asked if I’d take a picture of her and her friends as a souvenir of their visit.  “Of course, no problem!” was my response, which quickly turned to confusion when she handed me her camera.  Being a gentleman of a certain age without any children, I had little idea what Hello Kitty! was as a brand, although a future trip to Tokyo would sort that out.  I looked at this little cat-shaped plastic thing with some bemusement, until the penny dropped that it was a Fuji Instax camera.

I had been aware of Instax (it first came out in 1998) for a while, but until then had never shot with the format.  I duly pointed the cat camera at the girls, who by this time had worked out which pose they liked best and pressed the button.  Everything had been taken care of automatically and a small print, a little bigger than a credit card, popped out of the side.  I was immediately taken back to my memories of Polaroid as the girls excitedly waited for their picture to develop.  A couple of minutes later they thanked me and went on their way.

Nearly a decade later and Instax is hugely popular around the world, consistently being one of the highest selling photographic products in Bezo’s empire.  The younger generations are attracted to its ‘social value’, the fun of creating something and watching it appear before their eyes and the way that the physical result can be handed out to friends.  Prints have always had the same appeal for me, but they require a lot of work – this all happens…in an instant.

Some years after Hello Kitty! I decided to have a go at instant photography myself, but again being someone of a certain age, I was more interested in Polaroid.  The problem was the gradual disappearance of Polaroid both as a legendary brand and as a set of technologies.  Their highest quality offering, the peel-apart type film, was discontinued many years ago and only Fuji were manufacturing a compatible stock for countries that used it for passport photographs.  When the last of those moved over to digital in 2016, Fuji also discontinued their film.  Since then, cameras that shoot if have become worthless and the remaining stocks of the film ruinously expensive.  Even though I do own two cameras and a stock of the rare film, my first foray into instant photography was the more familiar integral or ‘spit-out’ film that people of my generation grew up with.  However, that was also initially a bad news story. Or so I thought.

Back in 2008, a small group of entrepreneurs led by the charismatic Florian Kaps had acquired the last working Polaroid film factory in the Netherlands.  The company’s decline was well known, but Kaps’ vision was to keep the famous integral film alive for future generations to enjoy in a similar way to Instax.  His start-up company, called The Impossible Project, went from strength to strength, keeping up with pop culture with its cool borders and accessories, much like the Fuji ‘themed’ cameras.  More importantly as far as I was concerned, they started buying up and restoring old SX-70 Land Cameras, which were perhaps the best of the instant bunch.  I have to say that it ranks as one of my favourites in my collection because, well, just look at it! 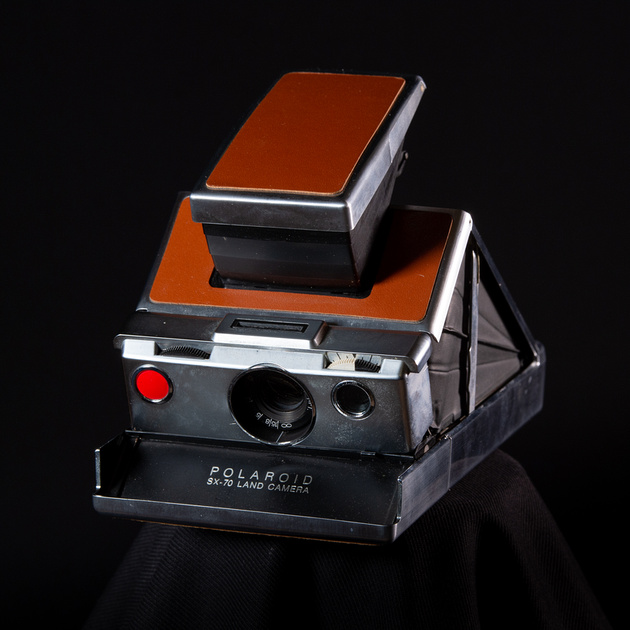 This camera is the one of the last models designed by Polaroid founder Edwin Land, released in 1972.  It’s a fully automatic SLR which in layman’s terms has a single lens that the viewfinder looks through.  Its folding design is very clever and, in my humble opinion, very cool.  Apart from focusing, the only other control is for exposure compensation which is essentially brightness.  Composing in the square format is a different experience to most consumer cameras, while experimenting with exposure has the benefit of fairly rapid feedback which lends itself to being more creative.   When it came out, it was a favourite of famous artists such as Andy Warhol, Walker Evans and Ansel Adams.

When Impossible started making their new film, there were changes.  Gone were the worst of the environmentally-damaging chemicals and sadly as a result, the ability watch it develop because of its new process.  There were now only 8 prints in a pack instead of the traditional 10 and It was more expensive than before, but isn’t everything?  That said, the results retained the look of the originals and had that analogue imperfection to them.  Unlike Fuji Instax, which had consistently great colours and tones, Impossible was more unpredictable, which frustrated some but excited many as every picture had a uniqueness to it.  So successful was the film revival that Impossible bought the rights to the Polaroid name in 2017 and became Polaroid Originals.  Both Polaroid and Instax have their fans and the experiences of shooting them are rewarding for different reasons.  Instax is cheaper and more stable, but for me the own-brand cameras aren’t great.  Despite some valiant efforts by third-party manufacturers, the film is still way better than the cameras that shoot it.  Polaroid meanwhile, is bringing out better and better versions of the film as well as some interesting new takes on their classic cameras, offering phone integration and printing capabilities.  They also maintain their programme of restoring and selling vintage cameras from the 1970s and 80s.  If you pick up one of the vintage SX-70s that works or has been restored like mine, you get the nostalgia factor and the quality to go with it. 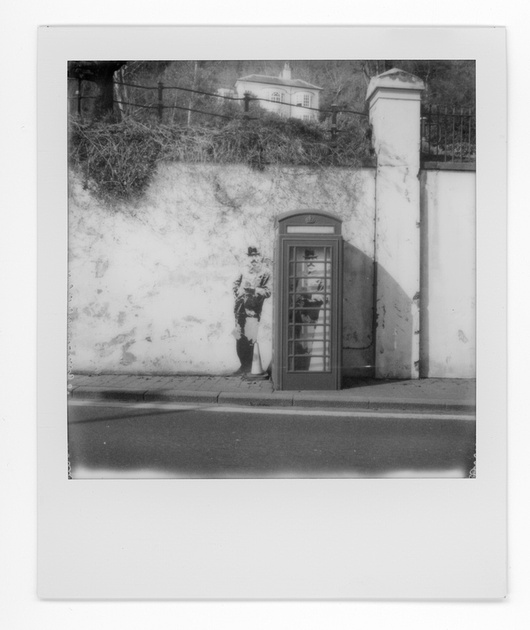 Polaroid Originals B&W shot of the Elgar mural in Malvern

Polaroid Originals B&W shot of the Elgar mural in Malvern 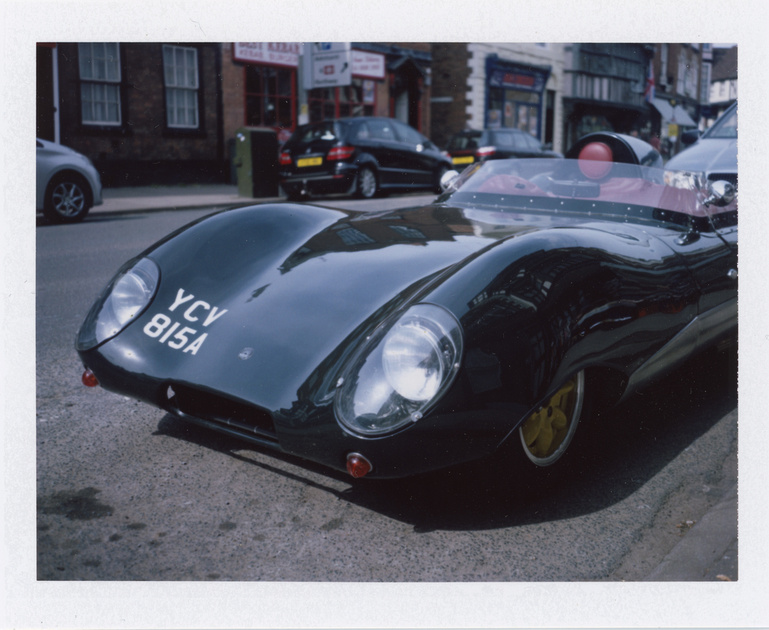 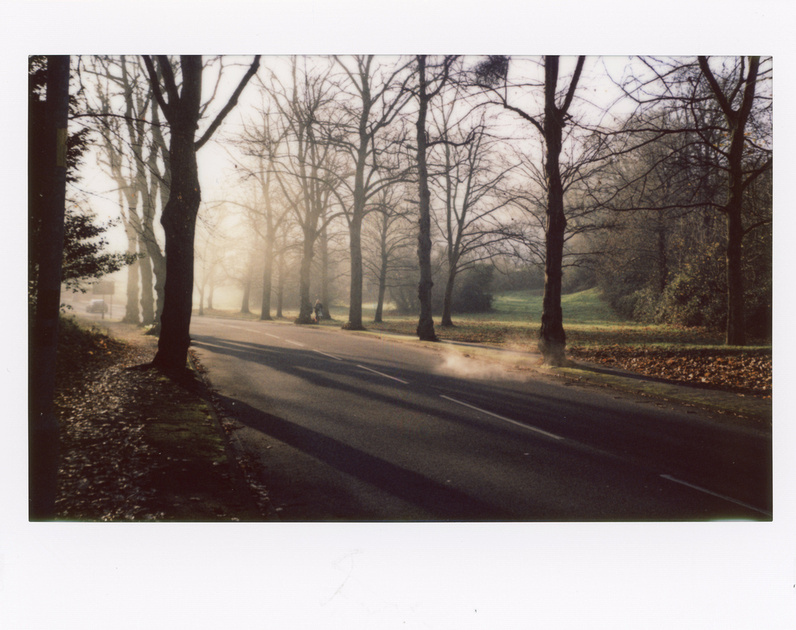 Whichever brand appeals most, I would certainly encourage anyone who hasn’t tried instant film to give it a go.  In a world where we are surrounded by digital images displayed on phone screens, it’s important to remember that part of the joy of photography is the making of something tangible.  Not saying that digital is a bad thing, but few people print their pictures these days.  There is something magical about being able to take a picture and give it to someone within minutes, making instant film every bit a conversation starter as a Japanese cat camera.

Getting started with a camera and are stuck on automatic?  Personally tailored tuition can help.  Drop me a line at [email protected] for more details.