Reciprocity Failure and the Silver Lining

Back in 2016, I had a momentary loss of control of my faculties and thought ‘why not have a go at shooting some film?’  It was a peculiar idea, given that I had a great digital camera and collection of high-quality glass for it.  I’d learned a great deal about exposure, composition, use of filters and tripods etc through academic study and trial-and-error, which is easy when you shoot with ‘didge’.  Why on Earth would I want to return to the days of anxiously waiting for my film to come back from the developers, or in my case growing up, a well- known High Street chemist?

Well, it started with a chance meeting with one of my photographic heroes, a pioneer in street photography in the 1960s.  His recommendation during our brief 2 minutes together, most of which involved me awkwardly trying to think of questions to ask, was to have a go with an old film camera.  The rationale was that film make us slow down.  We want to make the best image as possible on the film because, amongst other things, it costs real money.  On his advice,  I went straight out and bought a Hasselblad 500c/m, which the word ‘iconic’ doesn’t begin to cover.  Fast-forward 5 years and I have a collection of 42 film cameras from the past 100 years or so.  My rapid development (pardon the pun) of a love for film has been largely down to the fact that it is a predictable but varied medium.  What I mean by this is that by and large we can work film to achieve the photograph that we want, but there will always be subtle variations in the emulsion being used and, more crucially, our choice of stock will have its own aesthetic quality.  The fancy digital filters that we have for our phones and social media apps often mimic the variability of film, but personally I prefer the real effect over any of those.   I’m not alone it would appear, as the film industry has been enjoying a mini revival over the past few years.  More and more stocks are being discovered and rebranded, some are being reintroduced and shooting expired film has become a genre in its own right.

When it comes to using film over digital, there are some key differences when it comes to metering and development.  The reaction of the film to light is, unsurprisingly, different to that of a digital sensor.  A good example would be the old adage about “exposing for the shadows and developing for the highlights”, which refers to the fact that the development of film starts with the details in the shadows and progresses to the highlights over time.  If there isn’t sufficient light exposing the shadow regions, the negative will effectively look clear in those areas.  No information in the shadows means no recovery when it comes to scanning or printing.  As the development progresses to the highlight regions, we have the ability to shorten the developing time to keep them under control if needed.  Understanding the process that the film goes through when it’s exposed to light and then developing chemicals is crucial to making the best negative possible.   In the 1940s, legendary photographers Ansel Adams and Fred Archer developed The Zone System, which helps the photographer understand the scene and choose the right exposure for the negative.  Adams’ book series The Camera, The Negative and The Print are arguably the most important documents of the photographic process ever written.

When it comes to shooting film, though there is another phenomenon that many people starting out have discover by accident: Reciprocity Failure.  This is the name given to the non-linearity of the film’s reaction to light over time, specifically when the exposure is a long one measured in seconds.  What happens is that the film sensitivity decreases with the amount of time it is exposed to light, meaning that it doesn’t react as quickly after a second or so as it does when the shutter first opens.  When Reciprocity Failure becomes a factor, the exposure that we think we have metered correctly, suddenly results in underexposure, wasted money and occasionally, tears.  I first encountered it not long after I bought the ‘Blad.  I was out shooting a derelict barn on a cloudy day.  I thought the metering was correct and shot the picture with a shutter speed of around 2 seconds.  The result was a disaster.  After some research, I realised that my exposure of 2 seconds should actually have been 3 seconds.  Further digging revealed that films have different Reciprocity Failure rates and response curves that exacerbate the non-linear behaviour the longer the exposure.  Fortunately, there are apps available that will calculate the factor for the film stock being used, so photographers can simply include that in their deliberations about exposure – we’re taking our time, remember?

If this sounds like a pain, it’s actually just a minor inconvenience.  It was enough for me to get excited though, when I learned that one of my favourite film stocks was pretty much immune to it.  Kodak Ektachrome is what we children of the 1970s would call ‘slide film’.  It was the chosen stock for holiday photographs, which were projected for friends and family back home.  Ever wondered where the term slideshow came from?  Now you know.   Ektachrome is a favourite of mine because it renders colours beautifully and has very little grain.  When a perfectly exposed Ektachrome slide is projected onto a screen, it’s real thing of beauty.  Imagine my joy when I learned that Ektachrome doesn’t suffer from the pesky reciprocity failure until shutter has been open for more than 10 seconds – that’s huge compared to most negative films.  I don’t understand the physics (nor do I really care), but this knowledge leads to potentially using slide film for long exposures which is something I’d never considered.  One style of photography that I’d yet to explore with film was shooting at night. Exposures typically last a few seconds, which would suit Ektachrome perfectly I thought.  A little digging around the internet confirmed that the film, although colour balanced for daylight, would render artificial light beautifully at night.   Armed with my ‘Blad and a few rolls, I went out one evening to have a go. 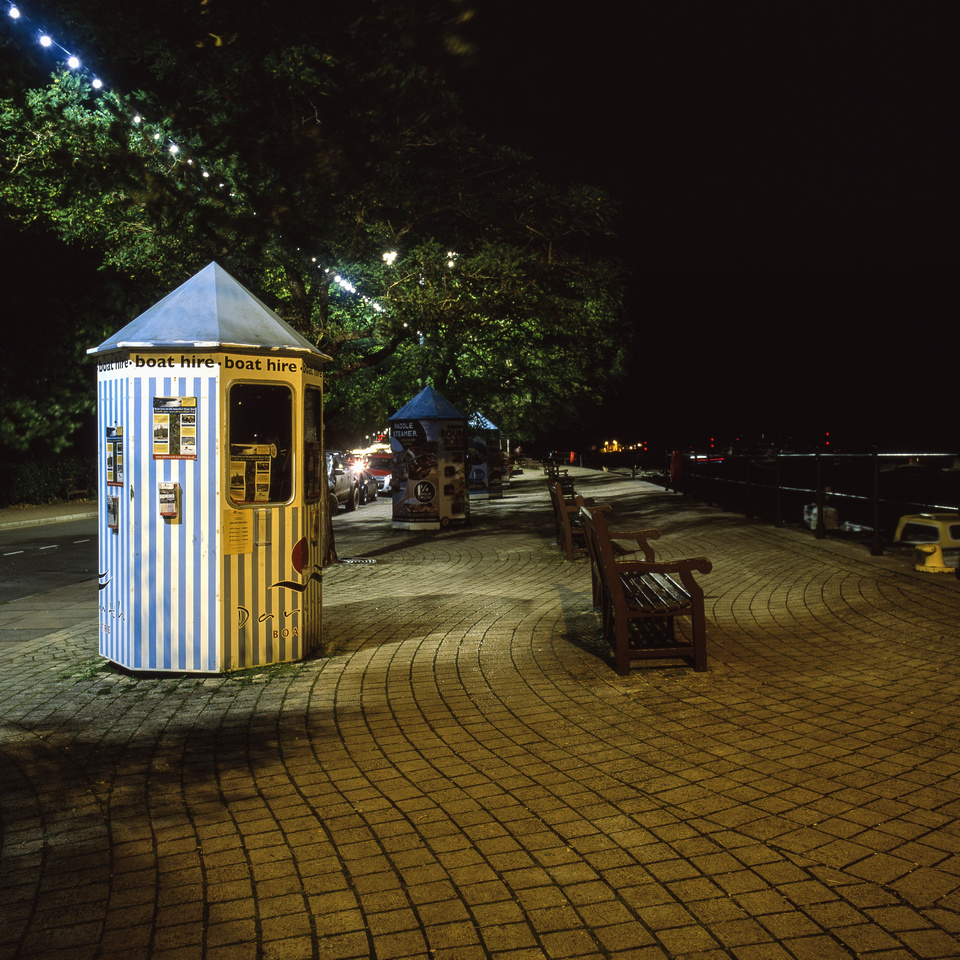 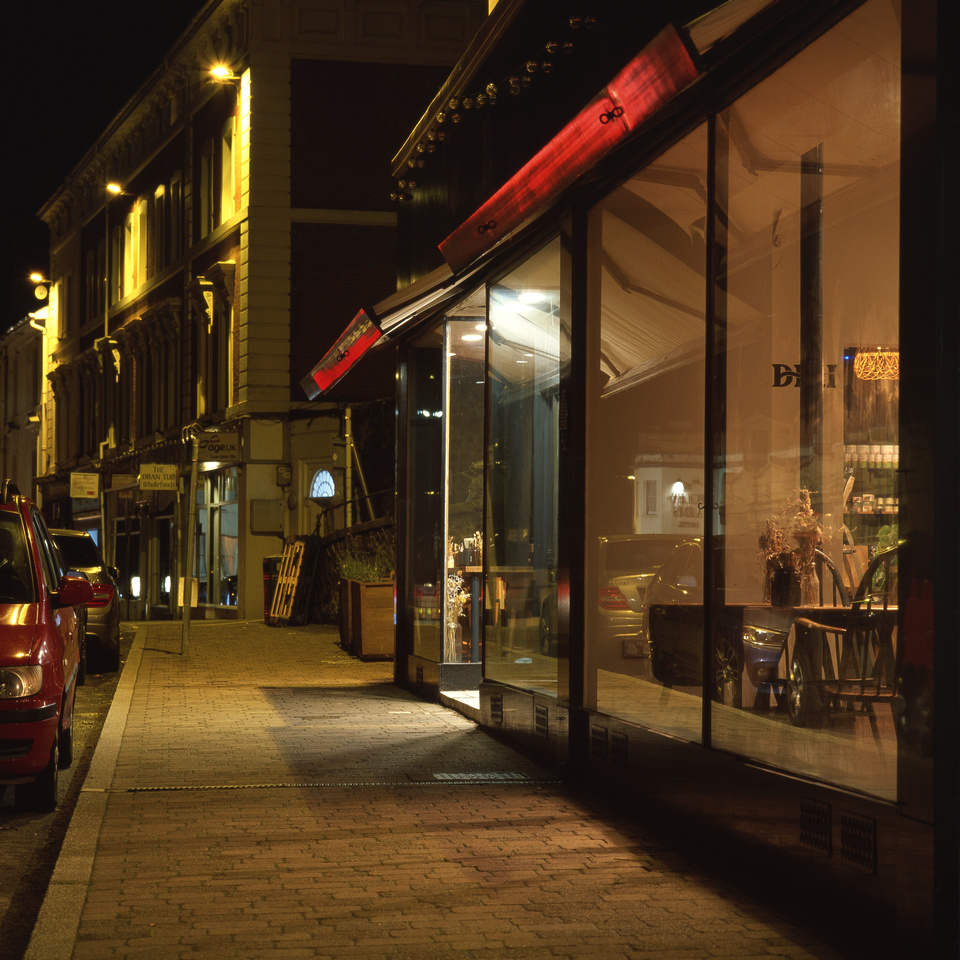 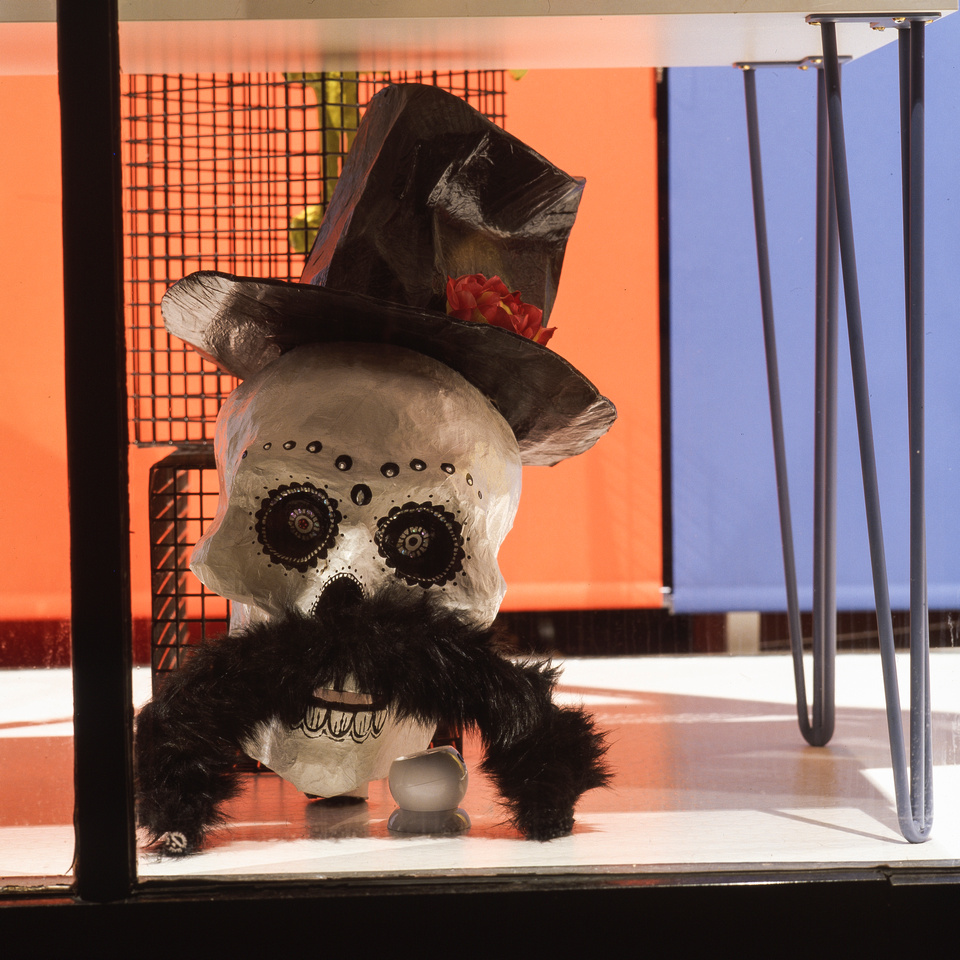 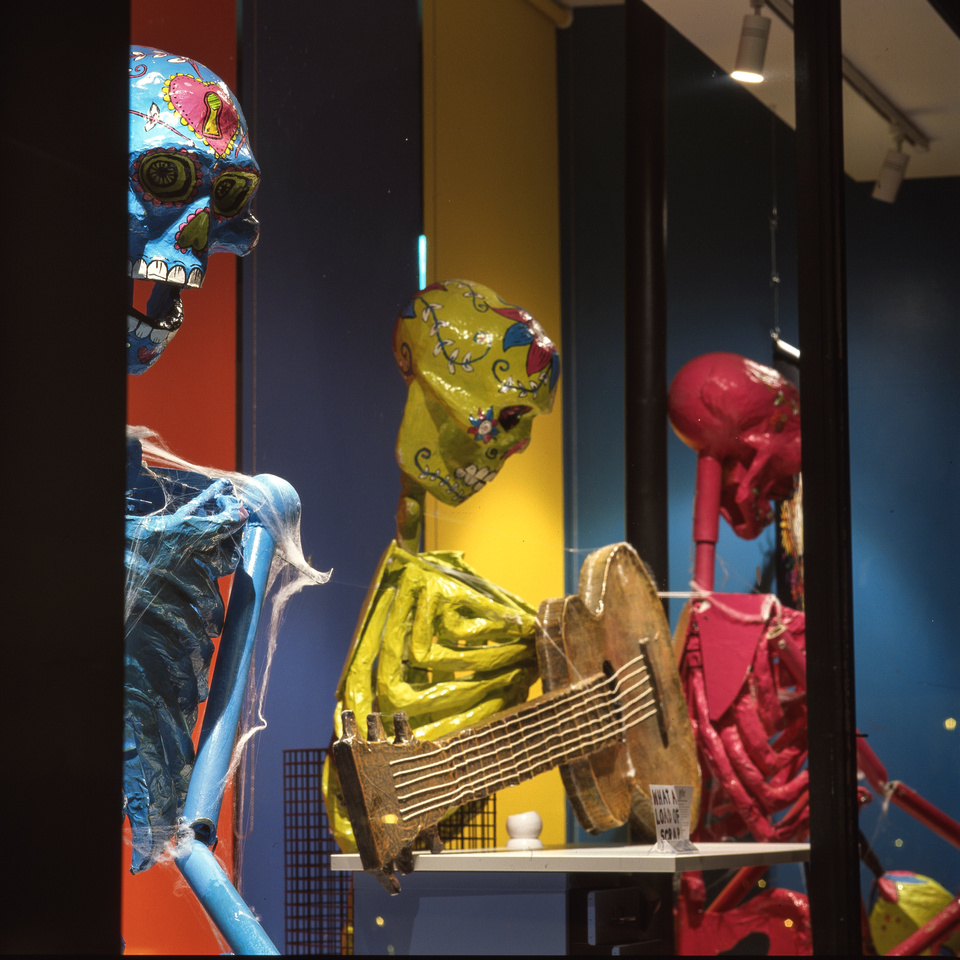 I was amazed at how the film performed in these shots, all of which had exposures less than 10 seconds.  The colours are vivid and the blue tint that Ektachrome is known for in daylight has almost completely disappeared.  There's plenty of sharpness but very little grain, which would look cool when projected.  The whole experience was so easy, I cannot wait to get out there again and shoot some urban scenes at night.

Unlike some of my blog posts, this doesn’t conclude with some deep spiritual revelation or lightbulb moment. What I realised in this discovery is that there is still so much to learn from something that isn’t cutting-edge technology such as slide film.  I’d learned about reciprocity through making mistakes and analysing the possible causes.  It didn’t bother me, but discovering that there are films that can get around it was a real step forward.

Thinking about shooting film for the first time?  Found an old camera in the loft that you fancy trying?  Why not have some beginner’s tuition to get you started.  Drop me a line at [email protected] for more details.