Forget the gear, have an idea

I’ve recently returned from a few days away in the beautiful Ribble Valley in Lancashire, which was another early adventure in our new campervan.  We decided to buy the van back in 2020 while the country was in the grip of a national lockdown due to you-know-what.  The combined effect of the changes to our working lives and reluctance to consider travelling abroad, brought forward this plan that we had conceived for later in our retirement.  We went for the VW factory-built California, a van based on the hugely successful work vans that we see everywhere in the UK.  Being people that ‘just want it to work’, the VW California suited us perfectly as everything onboard was designed to work with everything else.

We’ve used our van, named Ruby because of her colour, several times already this year and are learning more about both camping and this wonderful machine every time we do so.  This trip was no exception, with the list of accessories we’d forgotten to buy/bring with us being added as the week progressed.  This was also the first time we’d used the van in really bad weather.  The rain was relentless and the balmy temperatures of the week before quickly abandoned us too, which meant that we spent a great deal of time staying inside.  Plenty of coffee, the odd glass of wine and a Scrabble marathon kept us amused as well as the mandatory ‘people watching’.  It was while doing the latter, that I noticed someone setting up camp who would get me thinking about how in some ways our consumerism drives us on an endless quest to have the best possible kit.

The camper in question was a young woman in her early twenties who was traveling with her dog.  She rolled into the site in a late 90s Land Rover Discovery with no trailer or caravan behind it.  I watched as she started to ‘assemble’ her campervan, first running an electrical hook-up through one of the car’s windows, then fixing some metallic insulating material to the windscreen with what looked like gaffer tape, and finally erecting a tarpaulin gazebo off the back.  Then came the seemingly endless equipment from the back of the car including a stove, chair, water container, small table, pots and pans.  Within about 10 minutes, the old car had become a camper on a shoestring.  I sat in the heated comfort of our Cali watching in amazement for a couple of reasons. The first was the notion of someone so young building such an ingeniously simple, yet effective camper and the second being that despite its Heath Robinson appearance, the camper worked perfectly.  The former is a result of my simply getting older realising that what I’ve learned in my professional and personal life is rightly being challenged by the new ideas of younger people.  I was fortunate enough to work closely with some brilliant engineering graduates in my former company, but it didn’t stop me from being ‘that grumpy old bugger’ that every business has on more than one occasion.  Perhaps more interesting to me was the second point, which was that she had cobbled together a working van from bits and pieces and it had worked.  I had no idea about how she got to this point or why and I wasn’t about to go and ask.  It could have been that this was what she could afford or perhaps just making something that was fit for purpose was the goal.   I started to think about my own experiences with buying gear, which goes far beyond our purchase of the California.  In my photography, I have always aspired to get the highest possible specification for whatever I could afford at the time.  As a result, I’m very fortunate to have a great DSLR camera and the professional lenses to go with it.  It has cost me a small fortune over the years, but I’ve been driven by some internal idea that having the best in some way makes me a better photographer.  But is this really true? Of course not.  Take these photographs for example: 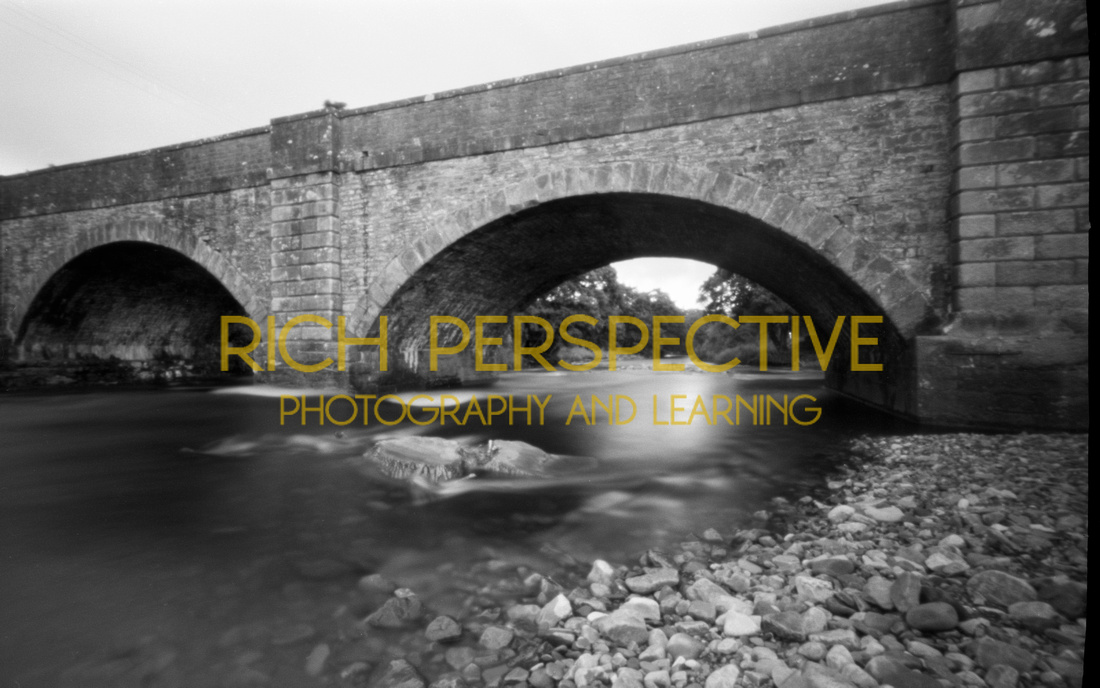 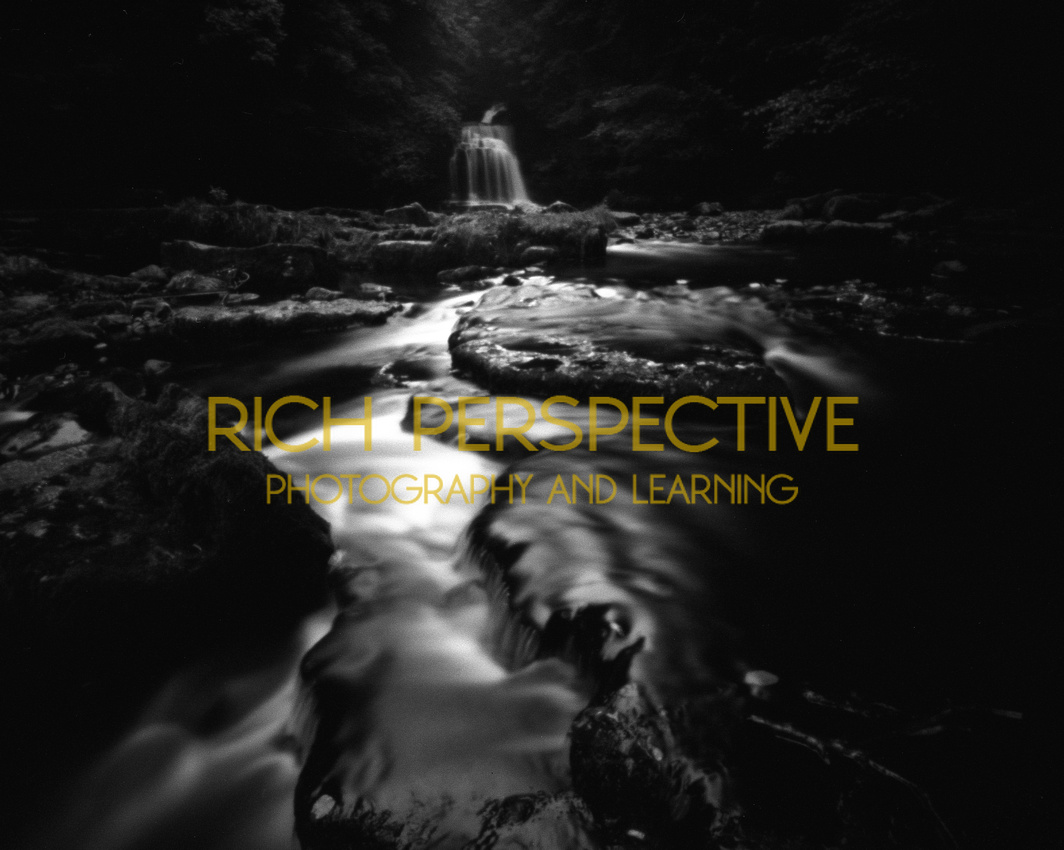 They were taken with the most basic form of camera there is, the pinhole.  You will have undoubtedly seen pinhole cameras before as they have been made from tin cans, carboard boxes and even sheds over many years.  All you need is a sealed box with a small hole in the front that can be covered/uncovered long enough to expose the film inside.  The resulting image is of course not razor sharp, nor is there any control over field-of-view or perspective, but oddly that doesn’t matter.  It is because the process is so simple (only having to work out how long to leave the hole uncovered for the film type), that the effort can instead be put into looking for a subject that might look good as a pinhole photograph.  For example, anything with moving water or clouds looks good because the ‘shutter speed’ is so low, often many seconds in length.  Pinhole has its own aesthetic which isn’t dramatically enhanced by the quality of the camera design or manufacture.  Taking a pinhole photograph is oddly rewarding because of the level of guesswork in composition, image contrast etc. involved in doing so.  You don’t know exactly what you’ll get, but know that you just don’t need the expensive equipment or labour-saving accessories to have a good time with it. Much like the woman with her DIY camping rig, whose the goal of relaxing with some food, wine and a companion was most important, not how easy it was to ‘get there’.

She left a couple of days later, with the disassembly of her camper being just as straightforward as its assembly.  Perhaps the final point about the quality of gear was her laughing at my getting soaked when trying to release the water that had collected on Ruby’s awning.  She had experienced the exact same just moments before.  What I learned as she drove away was the importance of making best use of what you have and enjoying the results of your creative labours.  Forget the gear, have the idea.

Fancy having a go with at building and shooting your own pinhole camera?  The first part of my tuition programme deals with the basics of camera operation and exposure, which starts with the pinhole.  Drop me a line at [email protected] for more details.